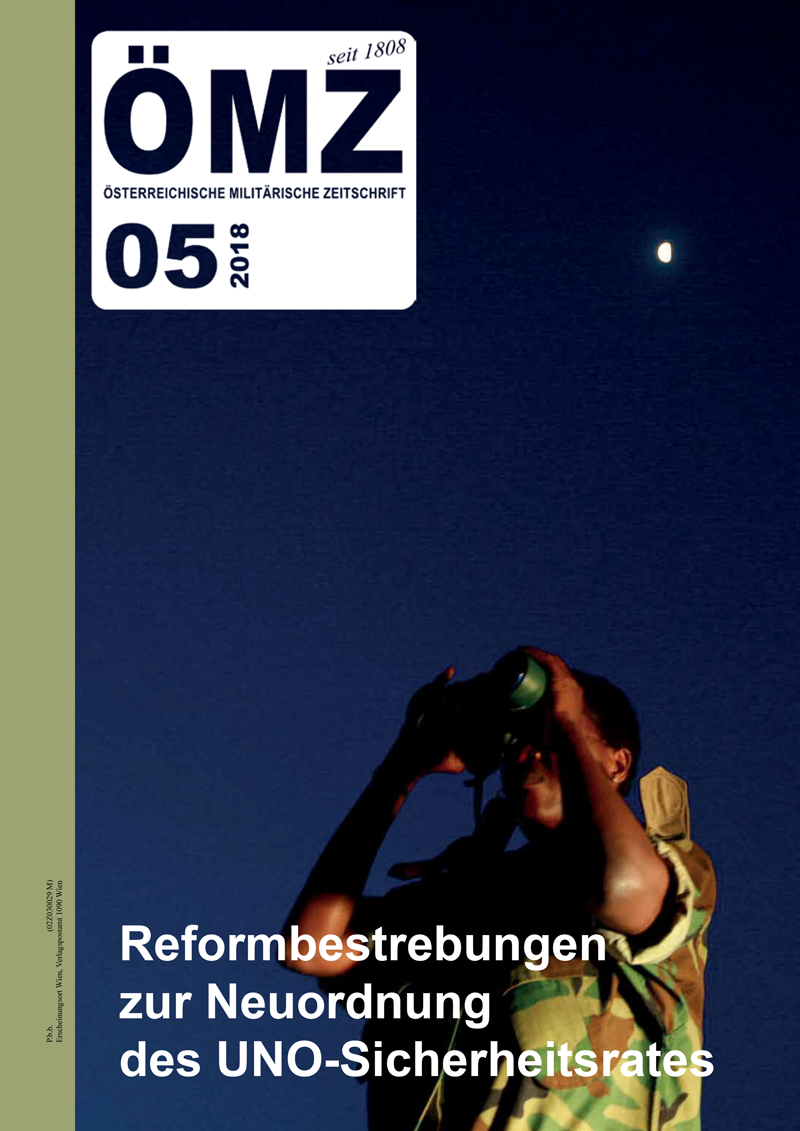 Especially in the beginning of the Second World War, Soviet operational command and control was essentially influenced by the loss of information and confidence triggered by Stalin’s capacious purges. In the course of this measure the system got rid of a multitude of co-called “subversives”. In this context it is especially mentionable that accurately in the naval forces, which had only a subordinate role, the entire command and control was replaced. Obviously the own history had taught that especially the navy was very open to revolutionary ideas. Despite this obvious debilitation in all areas of the armed forces, the Soviet Union bore the brunt of all operations in the Second World War for years. The best present the Russians gave to the Allies was the gain of time without which Great Britain would not have been able to heal the wounds inflicted at Dunkirk, and without which the USA would not have been able to bring their arms production to full blast and to upgrade their land and sea forces. Embedded in experiences from history, based upon a chain of command just disordered, and confronted with the geo-strategic challenges, above all the political management tried to represent the position of a superpower in the war as well, by the quantitative growth of the Soviet naval forces. In all the superpowers of that time, the signs of the time indicated large fighting vessels for implementing the Mahan Doctrine of the decisive battle. Reality, however, was to outpace all this. With the so-called raid of the German Wehrmacht on the USSR in 1941 the naval forces were taken by surprise as well. Although in the course of the first attacks on Soviet navy bases by the German air force not a single ship could be sunk, the rapid thrust of the German Wehrmacht soon prevented the relocating of small ship units on the inland waters. Due to the climate, the redeployment of forces across the Pacific Ocean was feasible only during a few months a year. Because of the successful German thrust into present Ukraine and the surrounding of Leningrad, both the Baltic Sea fleet and the Black Sea fleet were cut off. On the open sea, German and Finnish naval mines in the Baltic Sea, as well as specialised mine laying and torpedo aeroplanes, together with naval bombers - after redeployment from the Mediterranean Sea – in the Black Sea, isolated the respective Soviet fleets. The objective of “projecting power” by means of large fighting vessels had thus been foiled. Immediately after the beginning of the war, the Soviet naval forces had largely been isolated. From a Russian point of view, only the temporal and spatial limitations of command and control remained, as an interoperation of the fleets, especially in the fighting of fleet against fleet, had thus been prevented. And this was practised very successfully. The Soviet Union had been strategically oriented towards fighting against the German Reich only. Only in 1945, after the German Reich had capitulated, the Red Army invaded Manchuria.

Eighteen years after the millennium celebrations the world has finally arrived in the new millennium. Like every “paradigm shift” in world policy, the present geo-political power shifts, too, provoke the international strategic elite to make forecasts. In their drafts, these experts call the 21st century by adjectives such as American, Pacific, Asian, unipolar (American), bipolar (democracies/autocracies), multipolar, European, or “Chimerican” (USA/China). Thus, world policy is standing at the beginning of a new era as far as the discussion of its political procedures is concerned. Because of the new situation of the world, political scientists, historians, geographers, economists, public international lawyers, media theoreticians, and others, try to develop inventory control and/or an outline of the political forces and of the coherences in a world political perspective. International institutions such as UN, EU, NATO, IBRD, WTO, IWF etc. as well as their member states are confronted by numerous reform suggestions as to how the new geo-political realities could be better respected. Thus, for instance, China’s “Silk Road Project” could replace the WTO. In a newly arranged Security Council the totally unbalanced representation of the continents is to be removed. And here immediately the question arises who will be supposed to represent the single world regions as permanent members in the UN Security Council. Nearly all states agree that the Security Council should be extended, particularly as it mirrors the historical exceptional situation at the end of the Second World War concerning extent, consistence and the distributions of privileges. The maxim that both developing countries and those UN members who contribute the majority to the UN budget ought to carry more weight is still common practice. It is, however, difficult to agree on concrete candidates. The present reform endeavours concerning the expansion of the Security Council, the number of members and the side agreements with whomever, can only be accomplished in the framework of a general UN organisation and assignment reform. If the interests of the powers ever were able for mutual consent, a modified composition of the Security Council would be made on the following negotiating basis:

- First, in a so-called „framework resolution“, the future extent of the Security Council – that is the number of the future permanent and non-permanent – and the issue of power of veto would be determined.

- Afterwards candidature and election of the new permanent members would follow.

-And finally, the respective modification of the UN-Charta would have to be decided with a two-third majority of all 194 member states and ratified by the respective parliaments.

The „G2“-world order will probably be re-established. This time, however, the global power coordinates will obviously be realigned omitting the Kremlin, with the USA and China determining the bearing. Here the words of Henry Kissinger are: “The rise of China is irrevocable and must be controlled and attended in cooperation and dialogue.

In the general view of the Second World War, the North African theatre of war was undoubtedly a supporting theatre of war. Thus it was also assessed by the supreme German command, irrespective of the – partly effecting until today –fascination of the “exotic” theatre of war and the psychological and propagandistic effect of the “fennec” Erwin Rommel (1891-1944). The first operations took place in the summer of 1940, after in June 1940 Italy had declared war to France and Great Britain. In September 1941 Italian troops, starting from Libya, attacked the Kingdom of Egypt, which was controlled by the British, but had to stop rather soon. In December 1940, a successful British counter-attack led to the conquest of the Cyrenaica (the north-eastern part of Libya). From February 1941 onwards, in order to avert the loss of Tripolitania, which is situated in the west, the armed forces high command sent out two light divisions as the “German Africa Corps” (DAK) commanded by the then Lieutenant-General Erwin Rommel to Northern Africa (Operation “Sunflower”). Contrary to the mission to behave defensively – the German Reich was just about to raid the Soviet Union after all (Operation “Barbarossa”, June 1941), and additionally had to assign troops for supporting the Italian allies in South-East Europe – Rommel took the initiative and advanced far into Egypt in 1941. Given the lack of supplies (the important harbour of Tobruk was held by British and Commonwealth troops), the German and Italian troops had to withdraw to Libya again in 1941. A new offensive of the Axis Powers in the spring of 1942 was successful at first but ended near El Alamein in July 1942. Another attempt to break through the British stronghold failed in September 1942. In October 1942, however, the Allies succeeded in pushing back the German-Italian troops to the west, and only short time later British and American troops landed in Morocco and Algeria (Operation “Torch”). The remains of the German-Italian forces in North Africa had to capitulate near Tunis in 1943. In a nutshell one can state that in the course of the North Africa Campaign from June 1940 until May 1943 both cross country movement maps of the Axis Powers as well as „Going Maps“ of the British army served as relevant leadership resources for terrain assessment in friendly and enemy ground operations. While the Italian cross country movement maps were printed by the Italian Military Topographic Service in Tripolis and the British “Going Maps” were produced by the South-African map office south of Cairo in vast numbers, the German cross country movement maps did not reach printing status and were hand-coloured unique specimens only, and only a small number of them have been handed down in archives.

The impressing technological innovations (automation and digitalization) in the field of fracking technology might cause the production costs of shale oil and shale gas to fall further in the following years. “Digital oilfields” will make the US oil products still more competitive on the world market. Additionally, natural gas has become a direct competitor, concerning fossil oil in the transports sector, in America and some other countries, including the Middle East and Latin America. This is already decelerating the growth of the world-wide demand for oil. If this energy trend in the global transports sector continues due to electrical mobility and other alternative forms of driving, it will further reduce the world-wide demand for oil and might stabilise the prices of oil on such a low level as less than 50 US-Dollar. In the long term, even Saudi-Arabia seems to have lost its confidence in its oil reserves, its best instrument for the preservation of economic stability and regional influence. In a medium-term and long-term perspective, the scenario “Peak Oil Demand” is looming already, which already today forces all oil-producing states to start long-term structural reforms for diversifying economy and reducing dependence on oil exports for the respective national finances. With the vital question of a global decarbonisation of the energy systems, “He who is late will be punished by life” applies all the more. The American shale production undoubtedly has become a global „Game Changer“ on the global crude oil market and on the regional gas markets, totally underestimated both in the Middle East and in Europe. If the huge Permian Basin were optimal exploited, it would produce 10b/d – as much as Saudi Arabia altogether. If, in addition to that, Russia were capable of exploiting its Bazehnov shale oilfield effectively, this would certainly deal the final death-blow to OPEC. In this case both Russia and the USA actually would be independent from net energy imports. This would not only have aggravating effects on the global oil and gas markets, but also geo-politically, because this would fuel their rivalry additionally and might lead to new geo-political ally-constellations. The US shale oil and shale gas technologies will be applied by US contractors not only in the USA in future, but also in many other states. Above all, the vast shale oil reserves of the Maca Muerta oilfields in Argentina could be exploited with the help of American oil firms, and therewith further huge quantities of oil could arrive at the global crude oil markets, thus applying additional pressure to the global oil price.